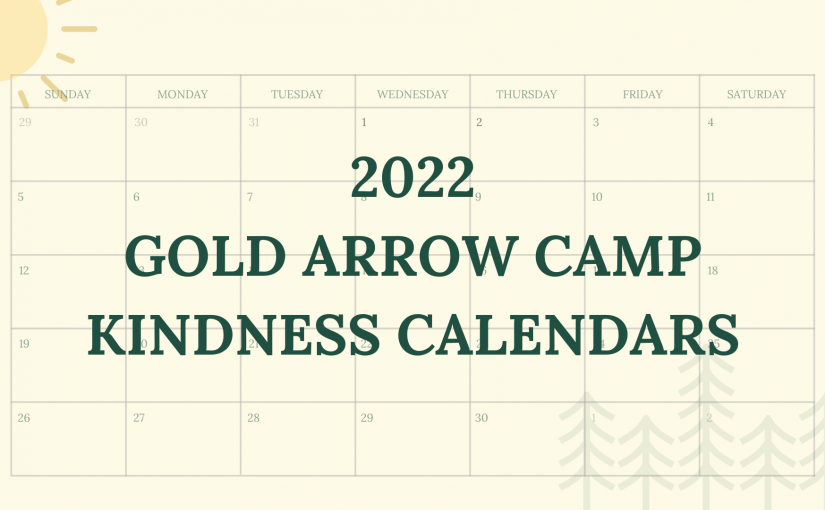 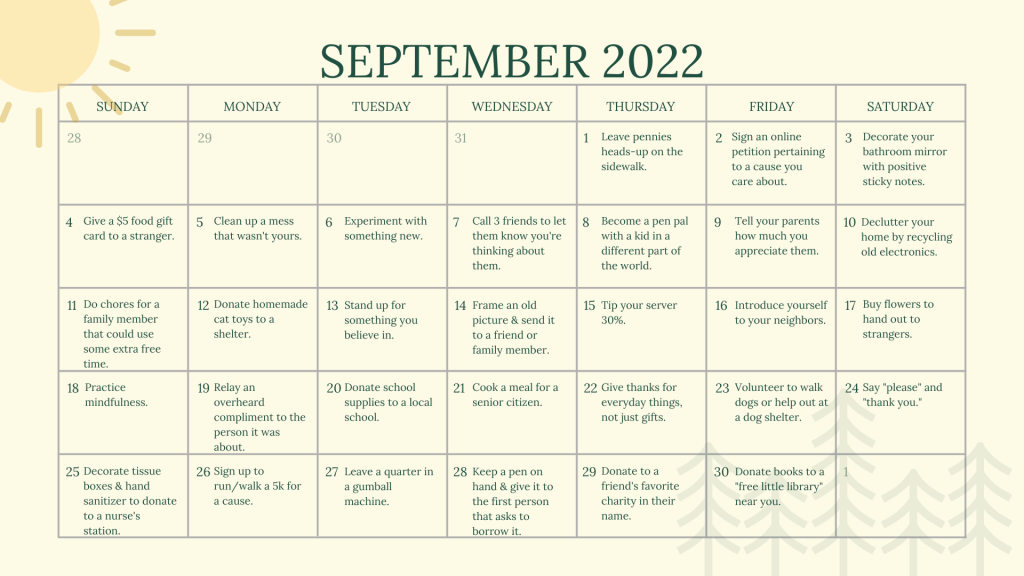 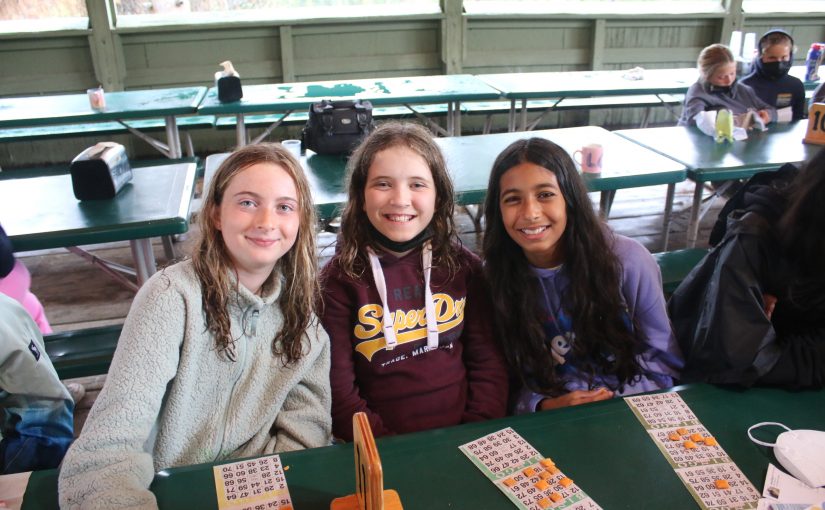 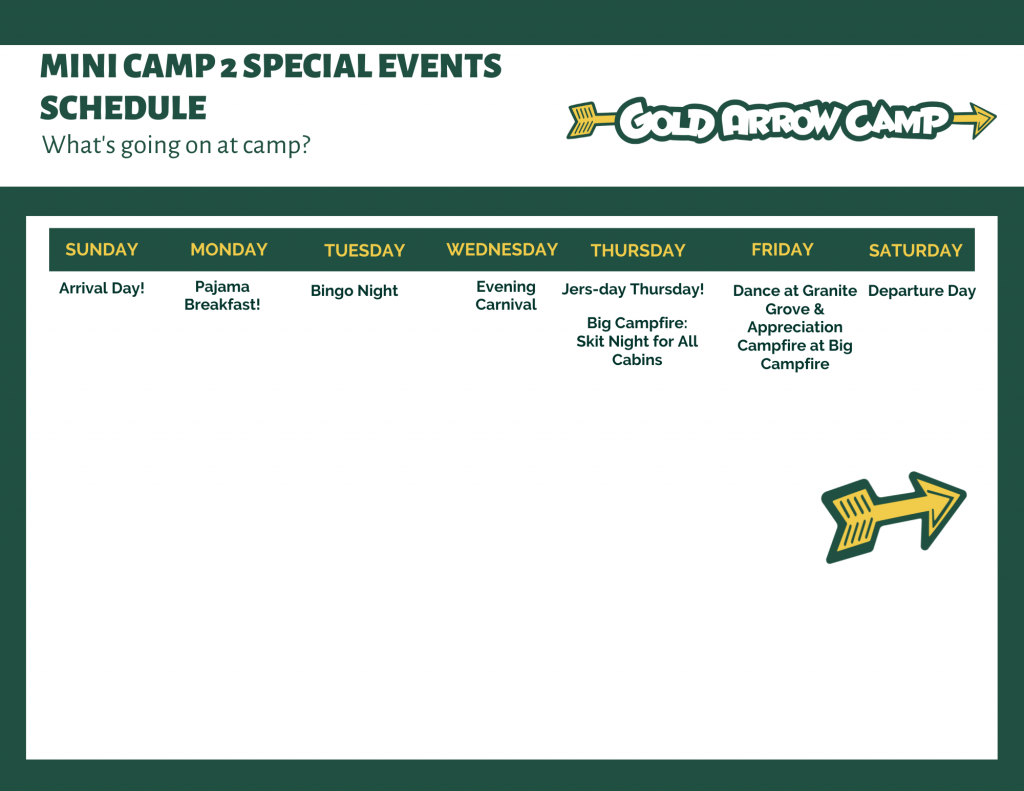 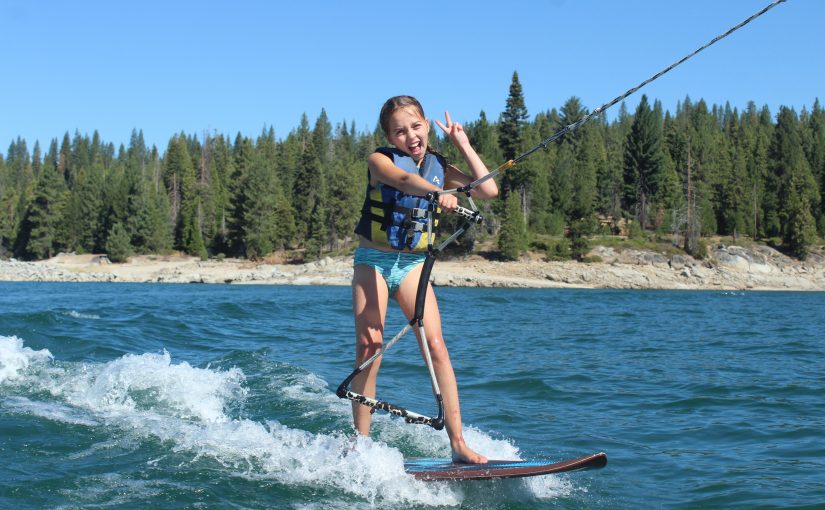 Counselors are excited and ready to create MAXI fun and friendship during Mini Camp 2! This session we have campers coming from as far away as Mexico! Other fun statistics about this week's campers include: 77 first-time campers at GAC! 6 3-year campers States Represented this week: California and Washington

We are so excited for this final week that will be spent having tons of fun, making new friends, singing songs, playing games, enjoying campfires and so much more! Make sure to keep up with everything going on at camp through our News section.
You can see what we're eating this week during Mini Camp.
Posted in: 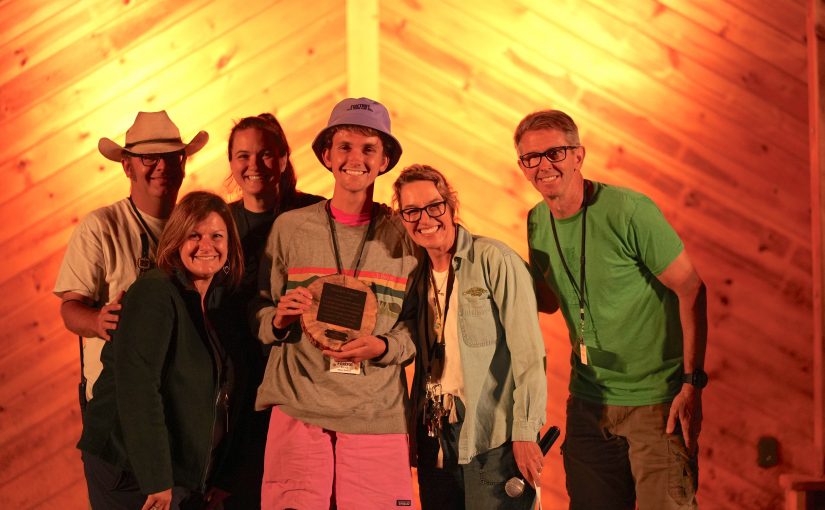 In 2009, Gold Arrow Camp lost a dear friend. Ken “Coach” Baker (March 10, 1951 – April 5, 2009) worked at GAC as Camp Assistant Director and Director from 1981-1992 and had a huge, positive impact on many of us who are still here at camp today. Ken was instrumental in helping Sunshine purchase Gold Arrow from Jeanie Vezie in 1989, and mentored Sunshine, Monkey, Woody, Chelster, Tigger, Junior, Trapper, and many other GAC staff during their early years working at camp. [caption id="attachment_1912" align="alignleft" width="364"] 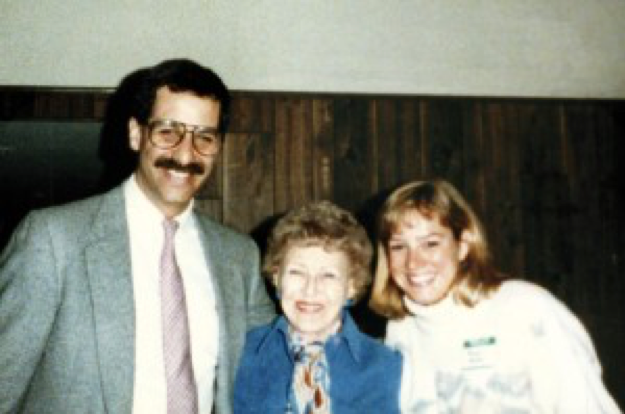 Ken “Coach” Baker, Jeanie Vezie and Sunshine in 1989[/caption] Ken had an amazing way of making even mundane tasks like picking up trash and painting buildings feel monumentally important. He had a way of clapping his hands together and giving a pep talk that got everyone fired up to do their jobs well. Ken had a near-constant smile on his face and took every challenge that came his way in stride. We all knew we could go to him with any problem and he would help us figure out how to fix it. To honor Ken, in 2009 we established “Coach’s Award.” This award has been given each year since to a leader at camp, nominated by his/her peers, who motivates others through positive leadership and encouraging words and exemplifies Ken “Coach” Baker’s dedication to GAC’s vision. To select each year’s recipient, we ask the entire staff to complete a nomination form, where ... Read more