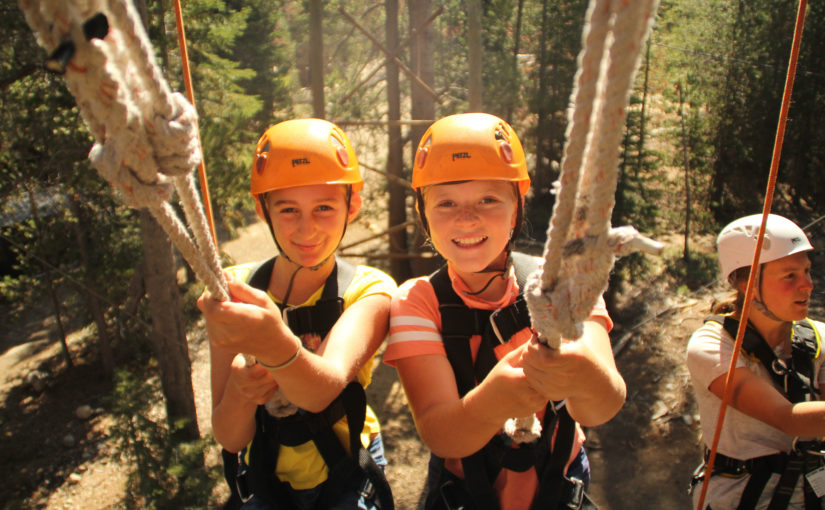 In all probability the educationist of the year 2000 AD will look back upon us and wonder why we, the school people of 1938, failed to include the camp as an integral unit of our educational system.
– The Kappan Magazine, the official magazine of Phi Delta Kappa – 1938

It may seem odd that a teacher would love a line about learning more at camp that we did at school. But I do, because camp and school operate symbiotically. While those of us in camping and education have known this anecdotally for many years, there is an increasing body of evidence that supports that belief with data.

Some of that research has been supported by the American Camping Association, and I was privileged to hear one of the leaders in the field, Lance W. Ozier Ed.D. speak on this at a recent conference. He has written on the history of camps and schools (you can read it here). In that article, Dr. Ozier lays out the reasons that camp blossomed in America after the Civil War. As people moved to the cities, adults began to worry that their children were losing touch with nature, and so they sent them to live in nature. How familiar does that refrain sound to us today?

And yet the challenges for young people are even greater now than they were then. The rise of computers, social media and cell phones have had as great a social impact as urbanization a hundred years ago. Today, camp serves not just as a way to rre-engagechildren with nature, but as a way to help them learn vital social skills in a systematic way. We are fortunate that one of our camp owners and directors, Audrey “Sunshine” Monke, has studied the impact of camp on building social skills.  Her research shows that a significant majority of campers report having improved social skills because of camp. She believes that this is because camp counselors are specifically trained in helping campers to improve skills like making friends and listening to others.

It isn’t just Sunshine that has found these results. According to research conducted by the American Camp Association, campers and their parents report that campers have more social skills, higher self esteem, and more independence.When a child returns to school more comfortable socially, they have more confidence, and are more likely to sit up front, ask questions, ignore distractions and choose a seat near the front. When they do that, they are setting themselves up for more academic success.

But wait, there’s more! Camp also provides an opportunity for children to struggle in a safe and supporting environment. Sunshine has written about this as well. That post is about Growing Grit, a concept that has been moved into the public discussion about education by Angela Duckworth’s research. We think that grit is so important we made it our theme for an entire summer! But there is increasing research that shows how struggling actually changes the way the brain grows. This research in neuroplasticity shows that the brain grows much more when it is engaged in something difficult. So every time a camper tries to waterski another time, or climbs the rock wall, their brains are growing! 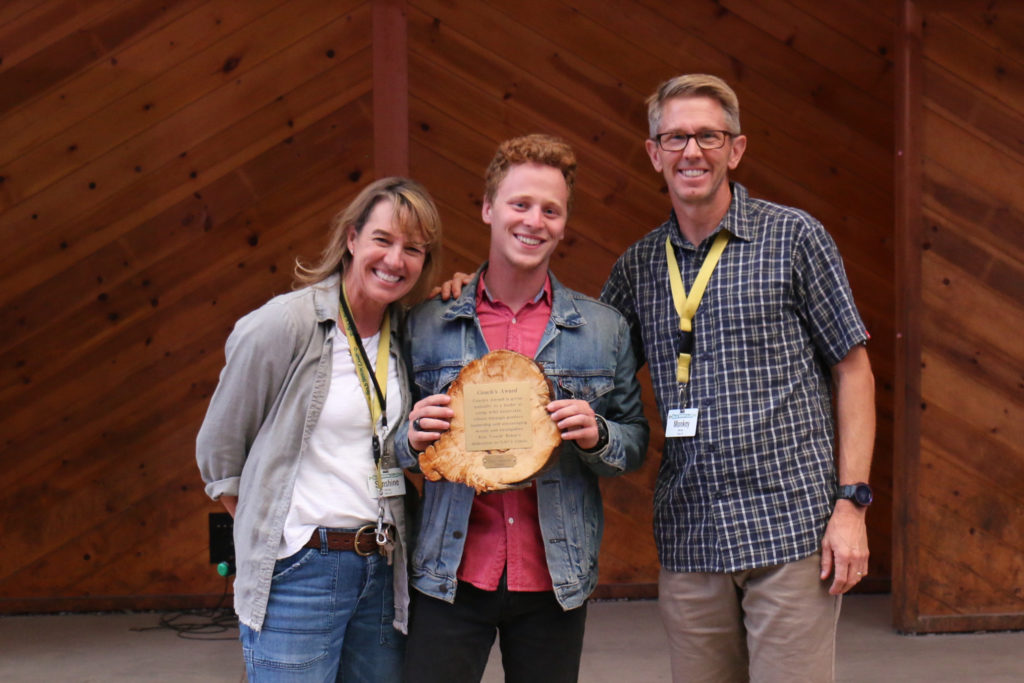 Camp Assistant Director and Director from 1981-1992 and had a huge, positive impact on many of us who are still here at camp today. Ken was instrumental in helping Sunshine purchase Gold Arrow from Jeanie Vezie in 1989, and mentored Sunshine, Monkey, Woody, Chelster, Tigger, Junior, Trapper, and many other GAC staff during their early years working at camp.

To select each year’s recipient, we ask the entire staff to complete a nomination form, where they put the name of one person whom they think deserves this honor. They include comments about the person they nominate. We have such a high caliber of staff, many of whom are extremely positive and exemplify what Coach stood for, and we are grateful for the legacy he left us and that so many people at GAC are incredibly positive and motivating to others. There were many 2017 staff who met the qualifications for this award and stood out for their positivity and encouraging words for others. In all, 30 different staff members were nominated. That means that each of those 30 people stood out to another staff member as someone who was a positive, encouraging, supportive leader.

This summer’s Coach’s Award recipient, Crater, stood out for the largest number of staff who were influenced by the many qualities that make him an outstanding counselor and leader. Two words that were used in almost every nomination were “positive” and “energetic.” 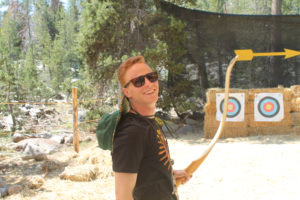 One counselor summed it up well with this comment: “An inspiration to how I carry myself around camp. He showed me how to make a stranger feel completely welcome. He brought amazing and contagious energy every day and always had a smile I can rely on.”

Another nomination included the following comment: “He amazes me with his energy each and every day at camp. He is positive, funny, kind, and loving towards his campers and the staff. It’s incredible how much he shows me every day at camp that smiling can change your attitude. I couldn’t imagine a better counselor. He exemplifies what Coach’s Award means to me.”

Another said, “He goes out of his way to make every single camper in his cabin feel like they’re special and like they can talk to him about anything they need. He’s a great role model for campers and staff, and he’s a great friend to fellow staff. His campers emulate him, which speaks volumes to his leadership and personality.”

“He truly embodies the camp spirit and is so great with the kids. Even in times of being exhausted he still pushes through and keeps his positivity!” 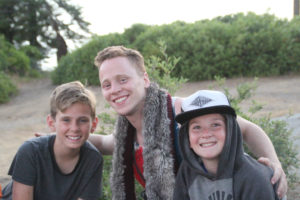 “A true leader – loved by campers and counselors alike, never a bad word said about him.”

“Such an incredible person and co.  Always full of energy and positivity and gives 110% all the time.”

“Such a brilliant counselor, always on top form. Always brings enthusiasm. Kids love him. Ready to help anyone at the drop of a hat. Really inspirational.”

“He rose to the challenge of becoming a GC and 100% rocked it. I was sad that he wasn’t going to be on backpacking with me again but once I saw him working as a GC with his kids I was nothing but happy for him. Crater is the example we should all follow when it comes to the who we are with our campers.”

“Created a positive atmosphere everywhere he went while leading by example by putting himself out there. He gave the Tiger Boys an identity and made them proud to be Tigers.”

“He is always ‘on.’ He makes the little things special and everyone feels like a person around him. A brilliant example for campers and counselors.”

“You showed great leadership, and the session I was a co with you, you were without a doubt the best GC I’d met and campers and staff love you.”

“Crater leads with his heart. He is a constant source of joy and enthusiasm. It is absolutely contagious. His selfless spirit and ability to lead without trying is inspiring. He makes Gold Arrow Camp a better place.”

“Firstly, he was a positive role model for me in Tweek. He showed me how a counselor should be. Also, I respect his opinion and self confidence. Since then, during sessions 1-4, he has managed to keep his energy levels high. He is great with all his campers, which is seen by how much they admire and listen to him.”

“Very outgoing and encouraging. Always high energy and relates really well to his boys. Goofy yet knows when to be serious. Very interactive. Always with kids and keeps kids as a #1 priority.”

“Always energetic and outgoing. Kindest man I ever met. So loveable. Love ya, Bro!” 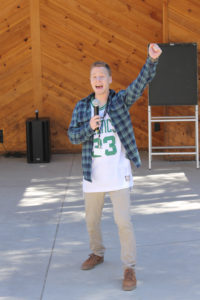 “Crater has had amazing energy all summer. He helped me out whenever I needed advice. Crater stood out above lots of great counselors.”

“He works so hard for his kids and serves as an example to me. His energy and enthusiasm are matched only by his kindness and willingness to listen. He always puts others before himself and is first to volunteer for less desirable tasks.”

“I feel that Crater has had such a huge impact on my time here at GAC. He has been a figure of support for me. When times are tough he helps you out no matter how much is on his plate. Whenever I have seen him with his cabin, he has been positive and full of energy. Crater is a friend for life, and a natural, wonderful group counselor.”

“You bring so much energy to this place and to everyone’s life. I love you dude and am so grateful to be able to know you and to be your friend. You deserve this.”

“You approach every day with so much excitement and joy!  The energy that you give off is contagious and it puts everyone in such a better place.  You have made such a positive influence on not just the campers, but everyone around.  I strive to be a positive role model like you are in camp.”

“Crater is a ball of smiling energy. I enjoy watching him attack life at camp with all of his passion. He demonstrates daily a dedication to guiding young men with love and positive energy. I miss the joy he used to bring to the luggage party.”

“He has constant energy. His campers love him and it completely shows. He is positive, creative, and has completely taken on the GC role effortlessly. Camp would not have the same vibe without him.”

“He is always smiling and encouraging to everyone in and outside his cabin. He never shows he’s tired and is always showing 100% energy.”