I would not be the person I am today without camp.
-15-year-old camper

My three decades of camp experience, coupled with my own and others’ research, have shaped my long-held opinion that camp experiences benefit children in profound ways. Yet even I was astounded by the revelations shared at our closing campfires last summer for the campers who were completing their final seasons as campers. These campfires were an emotional time to say goodbye to our high school kids heading into 10th grade.

After their counselors spoke about each of them and shared words of affirmation and encouragement, I asked the kids if they wanted to share anything they had learned at camp they might use throughout their lives. I knew we had a special gig going at camp, and that we were providing a positive, healthy community where kids could have fun, make friends, and grow, but I hadn’t heard the specific life lessons that they believed they learned at camp in such direct and heartfelt words spoken out loud. 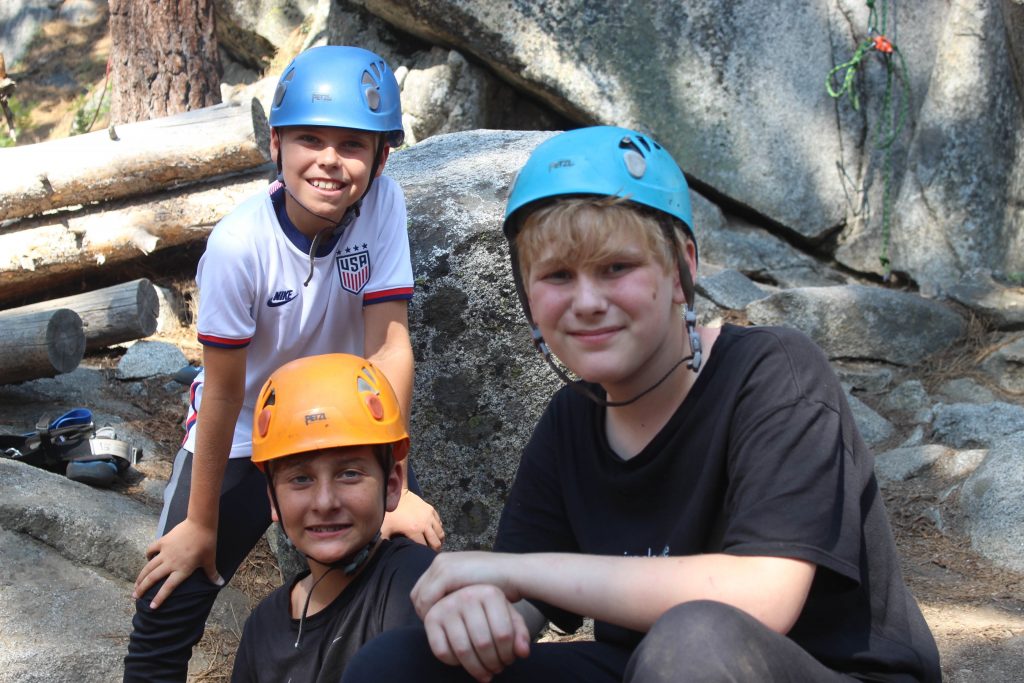 Our oldest campers shared that they learned how to be happy, “to just have fun and not worry so much.” In a time when so many young people struggle with depression and anxiety, it was heartwarming to hear that, for many of them, camp is their “happy place.”

Campers also said they learned to be happy in their own skin, gaining confidence in their abilities, speaking up for things they believe in, and worrying less about what others think of them. “I have the freedom to be myself,” said one. Added another, “When I am at camp, I am a better version of myself than anywhere else on Earth.”

Being their truest selves, they found, paved the way for them to meet new people and explore new friendships. “Camp has made me a more open and caring person,” said one. At camp, many said they experienced a sense of belonging they didn’t always feel in their schools. 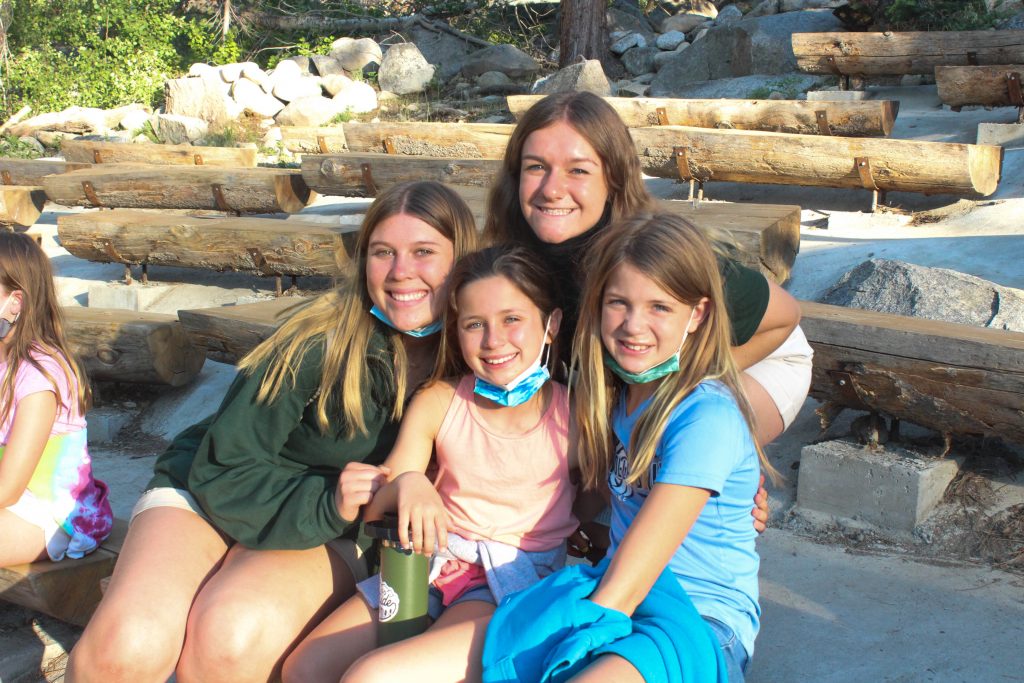 This comfort at camp enabled them to take risks and conquer fears, and they challenged themselves in new and adventurous ways. It didn’t matter if they failed, they said, because they were surrounded by counselors and friends who supported them no matter the outcome. “I’ve learned that the magic happens,” said one, “outside of your comfort zone.”

But among the sentiments that cheered me most from those older campers was the idea that camp helped them learn to live in the moment, to enjoy where they were in the Great Outdoors, and not worry about what the future held. Said one, “I found a passion for the outdoors I thought I would never have.” That’s what tends to happen, of course, when kids are unplugged from their technology for a time. Experiences and relationships are more vibrant and real, and kids expressed how great it was to connect face-to-face.

I really loved the way one camper put it: “When I was put in a cabin group with seven other random girls, we bonded really well and didn’t judge each other before we got to know them, because we had never seen each other’s social media profiles.” 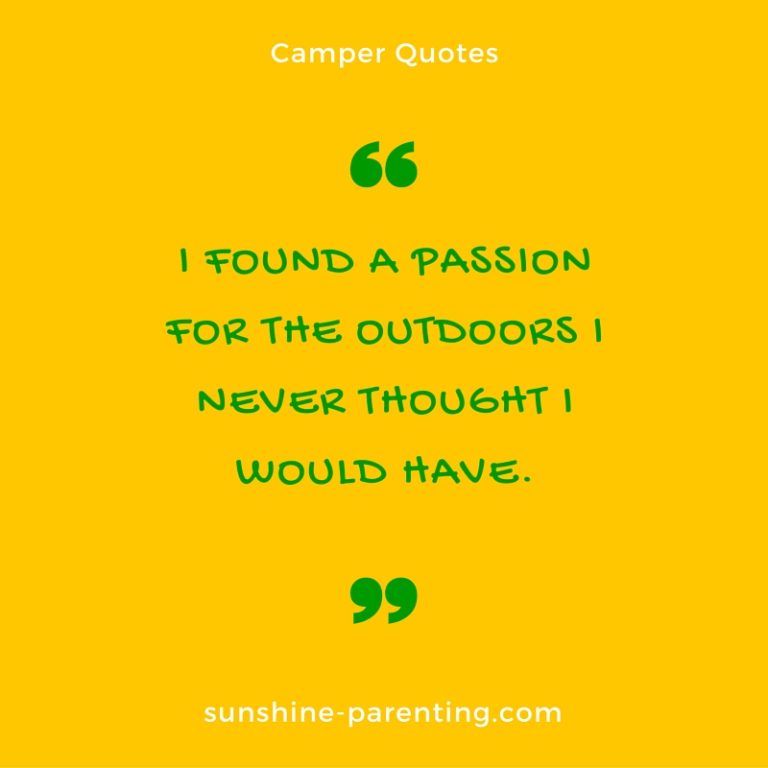 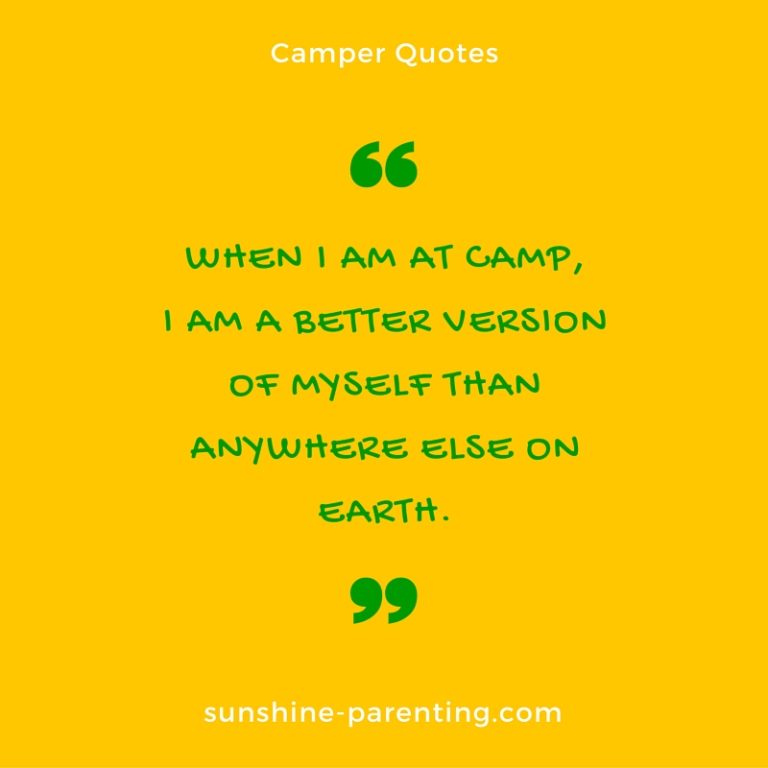 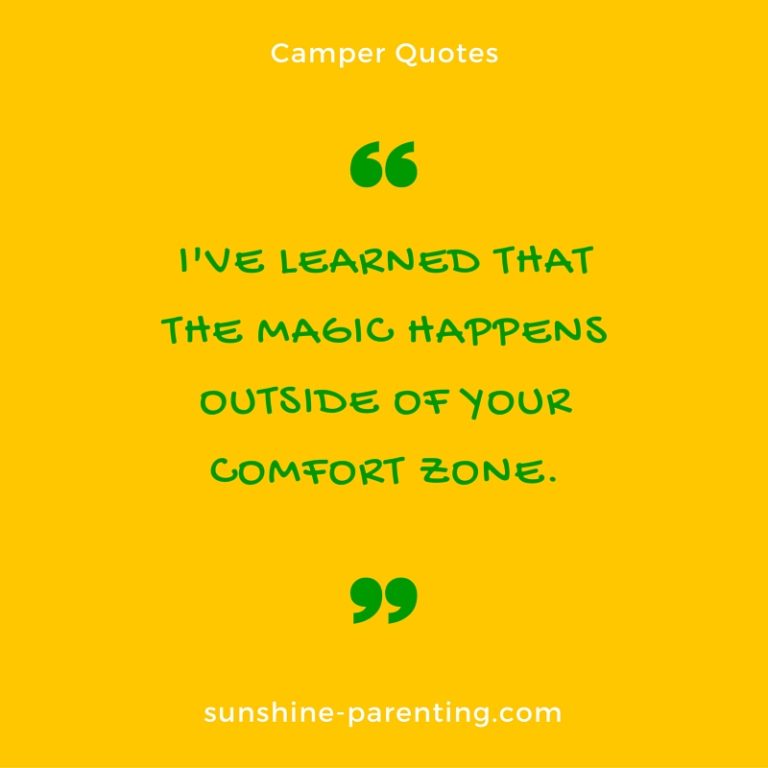 I reflect back on those and other words and see that these 15-year-olds have wisdom that many adults have yet to acquire. Truly, I was blown away by what they said they learned at camp, and I could see in their spirits what one of them expressed: “Being at camp has influenced me to be a better person who wants to be a leader, not a follower.” I feel honored to know these articulate, honest, and thoughtful young adults who do not fit the teenage stereotype and are far more mature than I was at their age. These kids chose sleeping outdoors and sitting around a campfire instead of hunching over their phones.

When I look back on those memorable campfires, I feel deep gratitude for our oldest campers, the life-changing experiences they had at camp, and that I had the opportunity to play a small role in their learning. I am also grateful for the parents of these kids who were willing to share time with their children, and a piece of their childhoods, with our camp. And I am reminded, as a parent, that although there are many things I want my kids to learn—and I’d love to be their teacher—many of their best lessons will come from experiences apart from, and from someone other than, me. 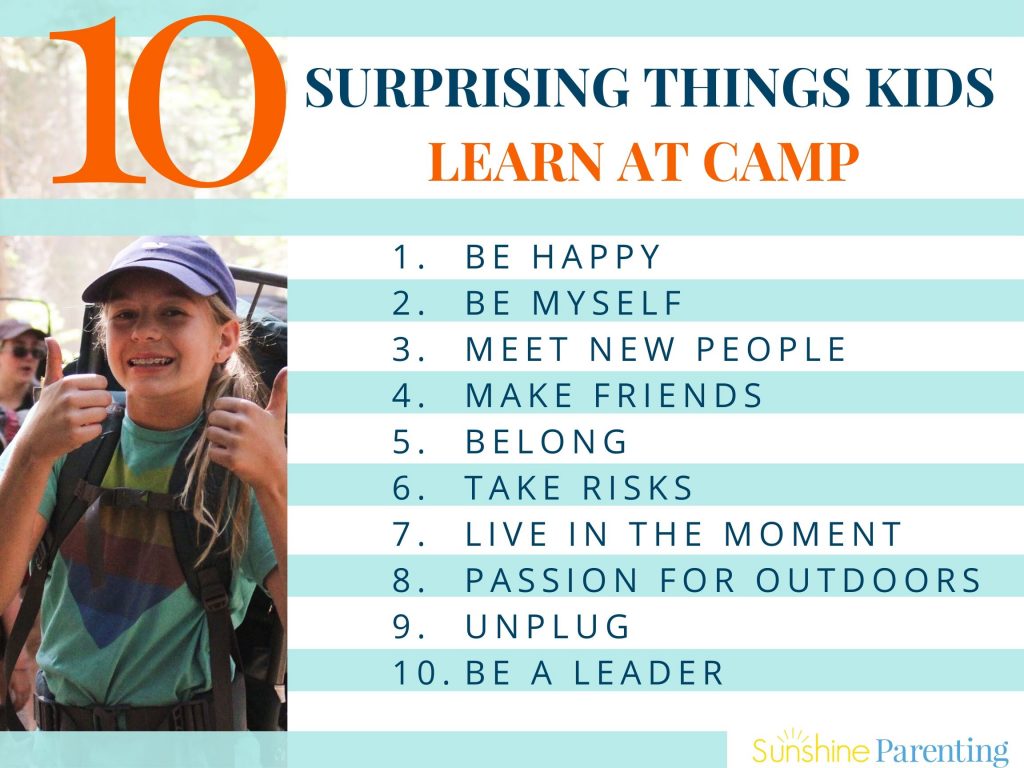 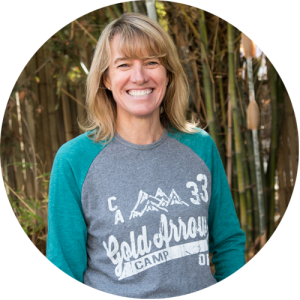 Audrey “Sunshine” Monke, MA, has been the owner of Gold Arrow Camp since 1989 and currently serves as the Chief Visionary Officer. In addition to her vision-casting and mentoring at GAC, Sunshine is an author (Happy Campers: 9 Summer Camp Secrets for Raising Kids Who Become Thriving Adults), podcast host, speaker and coach on the topics of parenting, social skills, and happiness. Find out more at her website, Sunshine Parenting.

This week, Soy is joined by Hilly, who came to camp on a J-1 Summer Camp Counselor Visa last year. They talk about what Hilly learned about the United States, the hardest and easiest parts of being a Group Counselor, and the POG-Cast speed round. There’s a reptile based Joke of the Cast and an artistic GACspiration.

The GAC POG-Cast is over the hill! We’re also over the moon that April joined us to talk about her role as a photographer at camp last summer. She also had great insight on how to deal with the fear that coming to camp sometimes creates in campers. Soy is back to playing guitar and telling Dad jokes and there’s a GACspiration too!