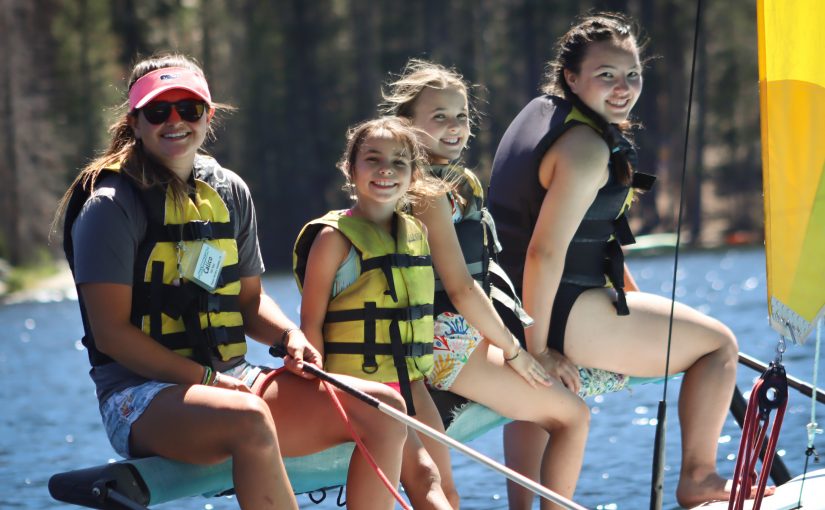 In all probability, the educationist of the year 2000 AD will look back upon us and wonder why we, the school people of 1938, failed to include the camp as an integral unit of our educational system.
– The Kappan Magazine, the official magazine of Phi Delta Kappa – 1938

It may seem odd that a teacher would love a line about learning more at camp than we did at school. But I do because camp and school operate symbiotically. While those of us in camping and education have known this anecdotally for many years, there is an increasing body of evidence that supports that belief with data. 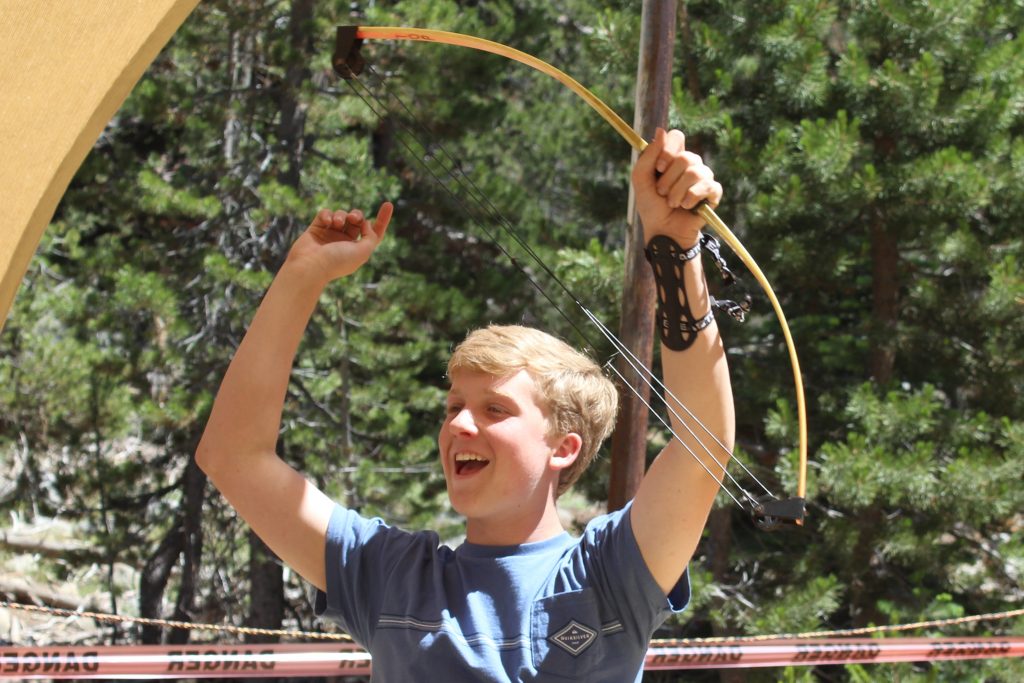 Some of that research has been supported by the American Camp Association, and I was privileged to hear one of the leaders in the field, Lance W. Ozier Ed.D. speak on this at a recent conference. He has written on the history of camps and schools (you can read it here). In that article, Dr. Ozier lays out the reasons that camp blossomed in America after the Civil War. As people moved to the cities, adults began to worry that their children were losing touch with nature, and so they sent them to live in nature. How familiar does that refrain sound to us today?

And yet the challenges for young people are even greater now than they were then. The rise of computers, social media, and cell phones has had as great a social impact as urbanization a hundred years ago. Today, camp serves not just as a way to re-engage children with nature, but as a way to help them learn vital social skills in a systematic way. We are fortunate that one of our camp owners and directors, Audrey “Sunshine” Monke, has studied the impact of camp on building social skills.  Her research shows that a significant majority of campers report having improved social skills because of camp. She believes that this is because camp counselors are specifically trained in helping campers to improve skills like making friends and listening to others.

It isn’t just Sunshine that has found these results. According to research conducted by the American Camp Association, campers and their parents report that campers have more social skills, higher self-esteem, and more independence. When a child returns to school more comfortable socially, they have more confidence and are more likely to sit up front, ask questions, and ignore distractions. When they do that, they are setting themselves up for more academic success.

But wait, there’s more! Camp also provides an opportunity for children to struggle in a safe and supporting environment. At camp, we talk a lot about growing grit, a concept that has been moved into the public discussion about education by Angela Duckworth’s research. We think that grit is so important we made it our theme for an entire summer! But there is increasing research that shows how struggling actually changes the way the brain grows. This research in neuroplasticity shows that the brain grows much more when it is engaged in something difficult. So every time a camper tries to waterski another time, or climbs the rock wall, their brains are growing! 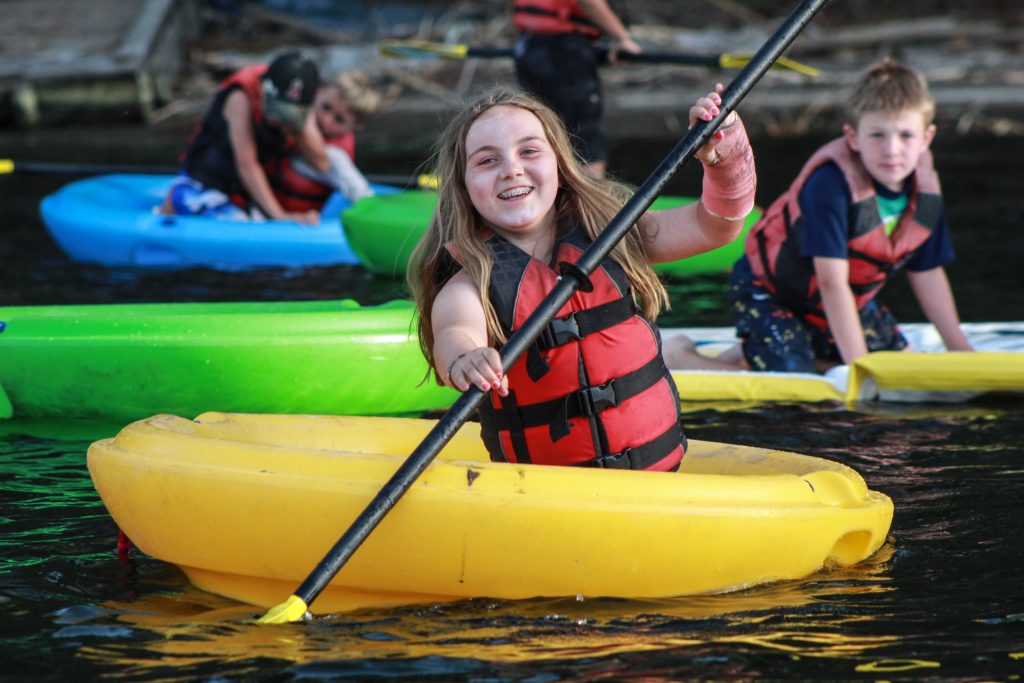 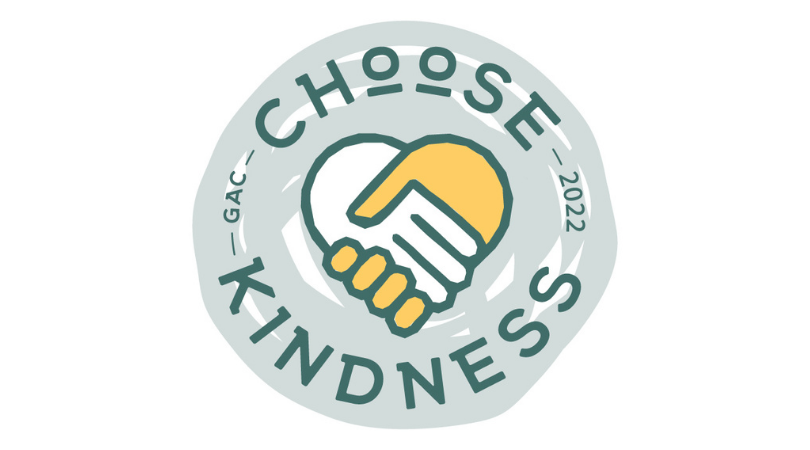 We selected Choose Kindness as our 2022 Summer Theme because growing our campers’ “kindness muscles” aligns with our mission of equipping campers to thrive despite life’s challenges. Focusing on kindness also helps us meet our goals of building our campers’ friendship skills (Make Friends) and growing their positive character traits (Grow). Learn more about our vision, mission, and goals on our Why GAC? page. 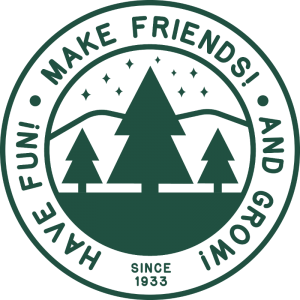 Our kids are growing up in a challenging and divisive time. They are, unfortunately, witnessing a lot of disrespectful and mean behavior. In my book, I wrote about the importance of modeling and growing the trait of kindness in our kids. Here’s an excerpt from the kindness chapter:

The example and messages kids get from the media (and their school hallways) often do not promote kindness. Many kids learn that the quickest route to popularity is putting others down or leaving other kids out. In the perceived zero-sum social worlds of middle and high school, one person being put down means you get on a higher rung of the social ladder. Social media posts, political discourse, and cultural norms often promote name-calling and being mean, gossiping, and telling jokes at the expense of others. That’s what our kids are seeing and hearing every day, and that’s also why many kids start to consider it cool to perpetrate mean behaviors. It’s no wonder that while adults are sending hateful messages through tweets, our kids are practicing a similar level of meanness on their own media. Why are adults so shocked to hear about horrendous stories of cyber and in-person bullying when we as adults are modeling that very same behavior? But there is hope for our world, because kids intuitively understand the benefits of kindness and can be taught to be kinder when we take the time to model, talk about, and practice kindness with them.

This summer at GAC, we’re putting the spotlight on what it looks and feels like to choose kindness in our interactions with and response to others.

We’ll be growing our campers’ kindness muscles by:

From the moment campers arrive, counselors will be modeling for and encouraging them to incorporate kindness into their daily words, actions, and routines. “GACs of Kindness” will be recognized and praised by counselors, announced at our daily Morning Assemblies, posted on our WOW board, and talked about throughout the session.

Helping others makes people happy. It feels good to share, to give, and to be kind to others. Sometimes in secret, and sometimes in front of others, we’ll be doing kind things for our fellow campers, counselors, support staff, and those outside our camp community this summer.

One of the great things about Gold Arrow Camp is that so many people feel happy when they’re here. We’re committed to equipping our campers with habits and skills that they can practice long after their session at camp.

This summer, we’re focusing on how – regardless of our circumstances and others’ behavior – we can always choose kindness.

Is Kindness the Secret to a Successful Life?