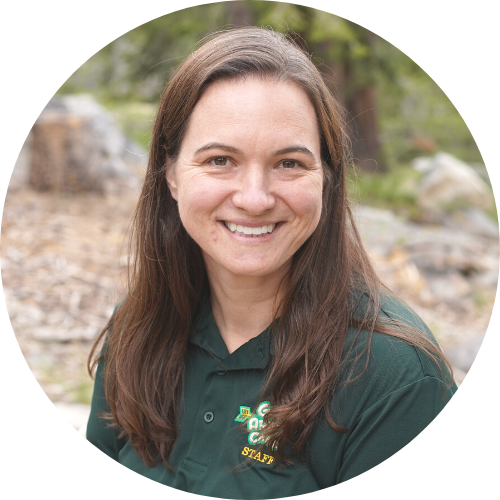 Alison is a graduate of Purdue University and was an elementary teacher for five years before she joined Gold Arrow’s year-round staff. Alison has been part of Gold Arrow Camp for the past 29 years as a camper, CIT, and staff member.  She is also a certified Lifeguard Instructor as well as a Wilderness First Aid Instructor. Alison is married to Andy, who campers call "Soy." They spend their summers at camp with their two daughters, Ellie and Greta. 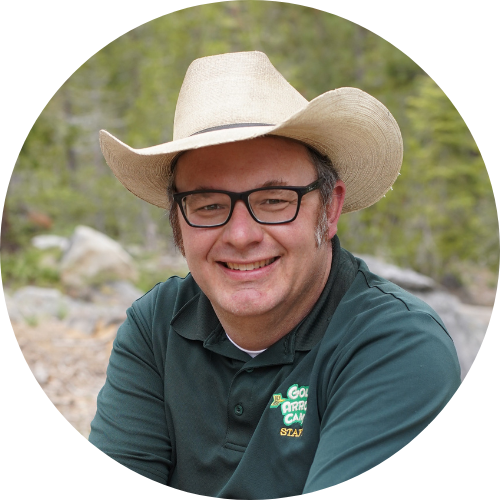 Andy, who campers call “Soy,” supports the male head counselors and oversees all of the male campers at GAC. He was a high school history and government teacher for 14 years before coming to work full time for camp. He met his wife, Alison ("Bean") while playing tuba in the Purdue All-American Marching Band.

He is also the host of GAC’s own podcast, called The POG Cast, and is also frequently been seen on the Big Campfire stage. Soy and Bean spend their summers at camp with their two daughters, Ellie and Greta.

Director of Camper and Parent Services 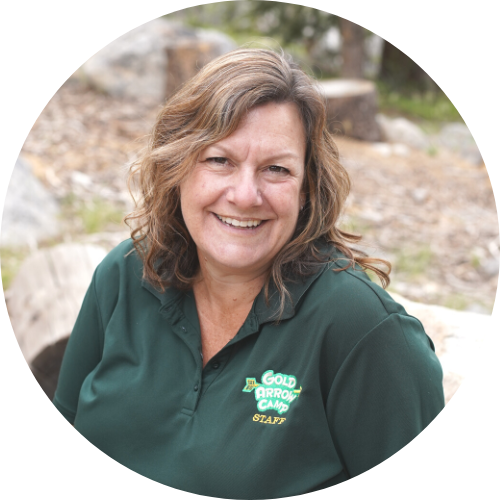 Director of Camper and Parent Services

Chelsea holds a bachelor’s degree from U.C. Davis. Being involved with camp for more than twenty years, Chelsea has a long history associated with Gold Arrow. Not only was Chelsea a former GAC camper, but her parents were former GAC staff members who met at Gold Arrow. Now, Chelsea and her children, Macy and Elliot, spend their summers at GAC. Together with her husband, Steve (aka “Seismo”), she spends the rest of the year in southern California. Chelsea, who is called “Chelster” at camp, is committed to the welfare of campers, helping to create summer memories that will last a lifetime. 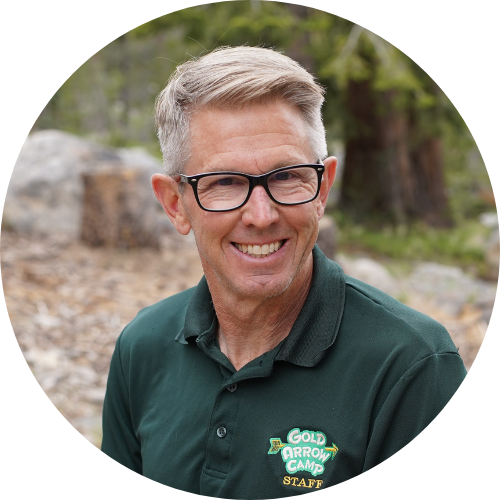 Steve holds a bachelor’s and master’s degree from U.C.L.A. and has been at Camp since 1989. Steve, along with his wife Audrey, is responsible for the business operations at camp and is committed to the development of children and to maintaining the traditions that have made Gold Arrow one of the finest traditional camps in the United States since 1933.  Audrey, who campers and staff call “Sunshine,” and Steve, who campers and staff call “Monkey,” spend their summers at Gold Arrow Camp with their five children. 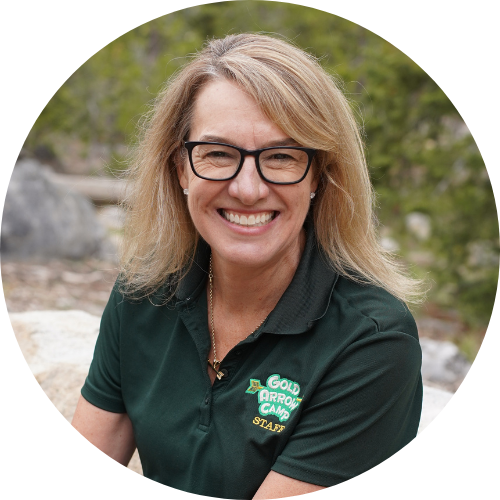 Audrey is a graduate of Stanford University and recently earned a master’s degree in psychology from Fresno State. Her first book, Happy Campers is available now, where ever you buy books!